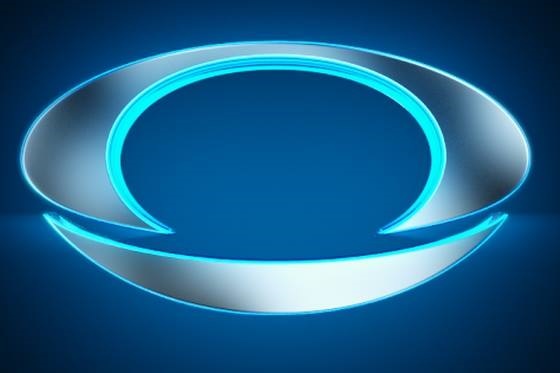 The hearing on the case of closure of Iberia TV and the seizure of broadcasting license continued at the Tbilisi City Court with the introductory speech of the defense. Giorgi Chiviashvili, who is defending the interests of defendant Zurab Adeishvili, stated that the prosecution did not have real evidence that would prove the guilt of the defendant. Specifically, according to the lawyer, Adeishvili was appointed the prosecutor general on June 10, 2004, i.e. six months after the founder of Omega, Zaza Okuashvili was allegedly forced to give up his property.

He also stressed that the prosecution had no witness in the case except Dimitri Kitoshvili, who says that it was Adeishvili, who seized the shares possessed by the Omega owner; as Chiviashvili asserts, the key figure in this case actually was Irakli Okruashvili and not Adeishvili.

"Zaza Okuashvili indicates in his testimony that actually Irakli Okruashvili was the person interested in his property. Moreover, this person testified that Okruashvili sent Kibar Khalvashi to him organize the issue of shares. It's a paradox, when we see that today, the prosecution summons Okruasvili as a witness in his own case, while Adeishvili is the defendant. Furthermore, the date, when the riot police raids the Omega Group, the start of the investigation, is February 2004, when the position of the prosecutor general is occupied by Irakli Okruashvili, only six months later, Adeishvili becomes the prosecutor general. So, we have a picture that this person did this before becoming the prosecutor general. It's unimaginable, especially when the injured party indicates that it was Irakli Okruashvili who sought for seizing and distributing his property. They are now using this person as a reserve witness in all political processes, because he is ready to say what actually did not happen", - Giorgi Chjiviashvili says.

Another defendant in the case, Giorgi Latsabidze has also delivered his speech at today's hearing. He emphasized that the evidence of the prosecution was based upon the testimonies given by two witnesses, Levan Agdgomelashvili and Bakur Chikovani, as well as upon the conclusion of the commodity expertise of the TV Company's license base price. The defendant thinks those evidence are groundless and says that the testimonies given by the witnesses at different times contradict each other.

In his turn, Mamuka Gvaramia, who is defending the interests of Latsabidze, stated that the efforts of the prosecution to prepare his witnesses for the testimonies would be useless, because the court would see that these testimonies would have no value. He also added the commodity expertise conclusion should not be considered as evidence in the case, because it was handed over to the defense with a ten day delay.
Furthermore, Gvaramia has questions regarding the fact that one of the main witnesses in this case, Dimitri Kitoshvili was not arrested for his connection to the case, while he admits to having fulfilled the instruction of Adeishvili. In addition, Latsabidze's lawyer agrees with the defense of Adeishvili that the key figure in that case is Okruashvili, who is obviously "protected by the prosecution".

He also emphasized that while talking about the seizure of his property, Zaza Okuashvili never mentioned either Latsabidze, or Adeishvili.

"The owner of this firm does not mention Adeishvili or Latsabidze; he only mentions them when quoting the words of Agdgomelashvili", - Mamuka Gvaramia said.

The next hearing on the case was appointed at 10:00, on October 19. The essential discussion will be resumed by the examination of the prosecution's evidence.
As the prosecutor of the case announced, they would interrogate the witnesses of the prosecution, without specifying the identity of the persons.
]
"The prosecution will take decision in accordance with its tactics, whom to interrogate at the next session",- Emzar Gagnidze said.

The prosecutor told journalists after the hearing today, that Irakli Okruashvili would be interrogated by all means, though he did not specify when.

"As for the questions of the defense about why Okruashvili was not prosecuted for the crime, I want to explain that Zurab Adeishvili was the prosecutor general in the period, when this crime was committed and Giorgi Latsabidze acted in accordance with the instructions and illegal commands of Adeishvili," - the prosecutor defined.

To note, he case of closure of Iberia TV and the seizure of the broadcasting license was investigated by the prosecution in February 2016. According to the investigation, former prosecutor general Zurab Adeishvili and his first deputy, Giorgi Latsabidze were prosecuted for this crime.