1983 airplane boys and the soviet government 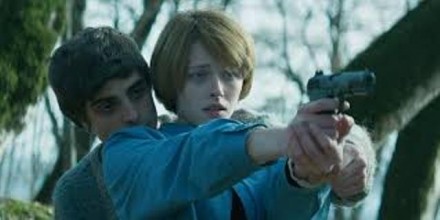 The film "Hostages" (Rezo Gigineidhvili - film director) appeared on screens very timely, when we are very happy for the lifting of visa regime with EU. Now we can ‘simply take a ticket and fly to the Europe'. The freedom of movement a natural right of a person is, (according to John Loki). We cannot count this freedom as a non-classic one. The essence of such non classic rights was blissfully expressed in simultaneous translation of ‘left discussion' by some critics: "yes, now you can fly freely and ..., work as servants, waitresses and in laundry."

The tragedy that happen in Tbilisi in summer of 1983 (a case of hijacking of an airplane by the group of Georgian boys) and its modern ‘interpretation', a classic model is - for understanding how important is the époque and its born mentality for the perception of a historic event. The person who has had no experience of living in a soviet époque cannot understand in no way, not actually "what happen", but as well "why" and "how" this happen. And this is not a problem of the intellect of a person, contrary one has to live a life in a soviet époque to understand fully all aspirations of these boys who were surrounded with the ‘atmosphere' given by that hard period. The case is not about the past several tens of years, because we, the public, society and the general ‘atmosphere' now are distant from 1983 not for 34 years but for thousands of years.

The young film director Rezo Gigineishvili alongside with the fact that he is a gifted person, also very clever is. This proven by the misunderstanding from his critics. Many of them simply could not take adequately this movie, and even were not able to notice many very important details. Those who are telling the "Hostages" is a film without any idea, are very mistaken. Because namely this is an aim of the film - to restore the historic context with the surroundings, aspirations and hideous mystical phenomena's that we call an ‘atmosphere'. The film, like a finest mosaic, is staffed with dozens of fragile details, that seems like are less important, but this is not the case. Those details and things (starting from the box of Marlboro to the Beatles's album and Bob Marley and Mick Jagger's posters) are in fact the expression of directions. This is an art in cinematography - to present naturally and unforcefully before the public such ‘matrix'. This art is presented deserving to talented film director, first of all, and all other staff together with a blissful team of actors. However, the critics who are telling that film without any idea is, are not taking into account they can criticize with the same success the Munich of great Steven Spielberg,

The neutral position of a film director a purposeful choice is. Notwithstanding the fact, he was not a contemporary of that époque, he ‘restored the time' fully. This creation for a discussion is, and naturally, we cannot criticize a person for the things he was not aimed for.

The tragedy that happens in 1983 was surrounded with several myths. But authors are well aware about real context of the happening. They destroyed all myths with proven evidences.

For instance, up to today many are telling "those boys were from families of ‘high ranks' and they had no problems with traveling abroad. Even though; they choose such terrible terrorist way ..."

This an absurd is. Those people who are accusing these boys in attempt of pursuing own interests in expense of other's life's and happiness, are mistaken in essence. In fact they were not allowed to travel abroad freely. (In a better case they could visit such semi socialistic countries as Bulgaria, Romania, Poland, GDR, but in no way capitalist countries - UK, France or Spain).

They were not affiliated in obligatory for all pupils youth communist organizations like "Komsomol" and this was a biggest obstacle for getting any visa for traveling abroad. Unlike his film critics, Gigineishvili studied this historic material very well. Despite of his age he obviously competent is, what he was filming of.

Eventually, the boys were sentenced to life imprisonment (they were given a death penalty)

The film raises questions. One of them is - ‘who killed airplane boys?' And another question ‘who killed innocent passengers of airplane, victims of the happening during the special operation?'

The explanation is given through this film; that if people could freely travel abroad at that soviet period, nothing might EVER happen. However, there was a strongest policy of ‘iron curtain' that is an answer to the question: who killed those people.