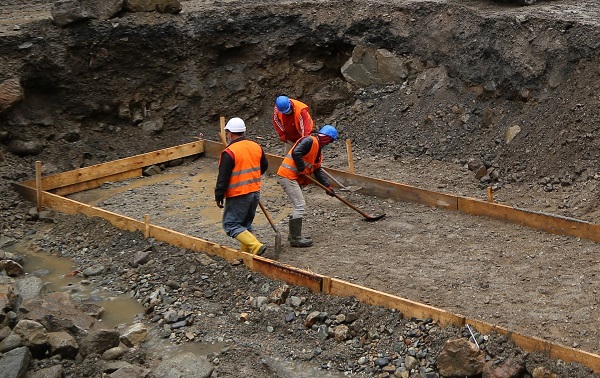 Nenskra HPP is one of the major infrastructure projects that will not stop even under the general quarantine announced in the country due to the coronavirus pandemic.

“Currently, preparatory works are underway in Chuberi villiage, Mestia municipality,” company representatives say. “Despite the current situation, we are actively continuing to build roads and bridges. Work is carried out in full compliance with sanitary-epidemiological norms, in accordance with WHO recommendations and regulations established by the Government of Georgia. Up to 300 people are employed at the project, 130 of whom are locals".

The works are being carried out by subcontractor - Georgian Construction Consortium. According to the company, preparatory construction works of Nenskra HPP are progressing. Works are underway at several locations at the same time: six bridges with a capacity of 100 t; widening of the road and arrangement of rock layers; preparing the foundation for the pipe-bridge; excavation for the foundation of the so-called Residential Buildings for Operators Village, etc. The works are carried out in accordance with the recommendations issued by the Ministry of IDPs from the Occupied Territories of Georgia, Labor, Health and Social Affairs of Georgia.

Namely, disinfection works are carried out regularly on the Nenskra HPP project site, on company-owned office and residential premises, as well as on catering and vehicles to prevent the spread of coronavirus. In addition, health status of the personnel employed on the Project is routinely checked.

JSC Nenskra Hydro is a project-based company established in 2015 as a result of cooperation between a state-owned Korea Water Resources Corporation (K-water) and JSC Partnership Fund. The company is developing the Nenskra Hydropower Plant Project in the Nenskra and Nakra river Valleys in Mestia Municipality of Samegrelo-Zemo Svaneti region. The 280 MW Nenskra Hydropower Plant will generate approximately 1’200.00 GWh of electricity annually, which will be fully consumed by the Georgian market.