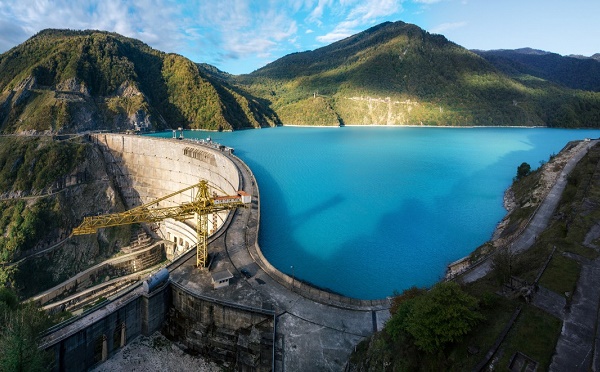 Hydropower, which dates back to the nineteenth century, is a renewable energy source. Norway, which has almost fully utilized water resources, is a leader in the development of this source of energy. In this regard, Georgia, which is also rich in water resources, absorbs only 20% of this wealth.

This is in the context of the fact that the import of electricity is growing from year to year, and in the last 2019 alone, the country paid more than $ 80 million for electricity purchased from Russia and Azerbaijan.

The first hydropower plant in Norway was built in 1885 on a waterfall, which was purchased by the authorities for this purpose. As early as 1920, electricity was supplied to all cities in the country and 64% of the population was electrified.

Today, Norway ranks first in Europe in terms of hydrogeneration and 6th in the world. The share of flexible hydropower plants with storage reservoirs accounts for 75% of the country's total capacity. This ensures the production of electricity even in periods when there is little precipitation and inflow is low.

In Norway, the population of which  is not larger than in Georgia (5.3 million people), the annual generation of hydropower plants is about 135 TWh. This data, of course, varies from year to year and depends on water inflow and precipitation. There are 1600 HPPs in the country with a total installed capacity of about 33 000 MWh. Up to 1000  flexible i.e reservoir hydropower plants are used to accumulate excess hydro resources.

Today, Norway has adopted 60% of its own hydro resources.

In 2019, the total hydrogeneration of Georgia amounted to 8.9 TWh. The total capacity in the country is 4247 MWh and 73.3% of it comes from hydropower plants. By the end of 2019, the following types of HPPs were operating in Georgia: 7 – regulatory (with reservoir), 4 - daily regulation, 27 - seasonal, i.e. depending on water inflow, 53 - small HPP. In total, we receive 91 hydrogeneration facilities, which is about 5% of the same Norwegian hydropower plants. This is against the background of the fact that, as mentioned above, Georgia has adopted only 20% of its water resources.

It is noteworthy that 56% of hydrogeneration in Georgia comes from  regulatory HPPs, i.e HPPs with reservoirs.

One-third of the country's total power is generated by the largest hydropower plant-Enguri HPP, with an installed capacity of 1300 MWh. The second largest HPP is Vardnili Cascade. Enguri HPP and Vardnil Cascade, along with other relatively small regulatory hydropower plants about 1990 MWh capacity per year.

In winter, water inflow is minimal and, consequently, production of seasonal and small HPPs is scarce. However, this period is characterized by high consumption, so at this time Georgia's power system is in shortage. Consumption is mainly met by several regulatory HPPs (Enguri HPP, Khramhesi 1,2, Vardnil HPP, Dzevruli HPP, Shaorhesi, Zhinvali HPP) at the expense of water accumulated in reservoirs, as well as with Gardabani thermal power plants (power blocks 3, 4 and 9, gas turbine, combined cycle plant), and imported energy from the neighboring countries (Russia, Azerbaijan).

The fact is that in order to ensure energy independence, Georgia needs to build water storage stations. This will increase the system's resilience, flexibility, and enable the integration of additional variable power (solar and wind). It is possible to accumulate hydro resources in water storage hydropower plants: we adopt them during the "winter season in energy" - period, when the water level in the rivers of Georgia is significantly reduced and small, seasonal hydropower plants are practically unable to work.

"Our energy is based on hydropower and water inflow in rivers. Unfortunately, we do not have the great potential of water storage hydropower plants and we are very limited in terms of water accumulation. There are several projects only in Georgia, which are of great importance in terms of our energy independence, such are Khudoni, Nenskra and partly Namakhvani. All other HPP projects depend on water inflow. Regulatory hydropower plants are very important for development of the system as well as for integrating alternative energy, as solar and wind power plants are unstable and we need electricity to balance their resources,” - said Giorgi Chikovani, the Head of JSC Georgian Energy Development Fund in the interview.