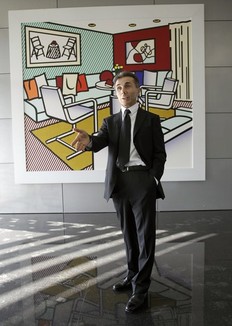 We, representatives of the Georgian civil society organizations, who respect democratic values, are concerned for illegal stripping Georgian citizenships from businessman and politician Bidzina Ivanishvili and his wife Ekaterine Khvedelidze. Recent situation demonstrates that the government of Georgia has decided to punish a new political opponent and not to allow him to enjoy his rights under Georgian Constitution and Georgian Law.

We, non-governmental organization, protest the clear violation of the law when revoking Bidzina Ivanishvili's Georgian citizenship.

Bidzina Ivanishvili acquired Georgian citizenship through so-called naturalization procedures in 2004. In similar cases, the president of Georgia issues a resolution based on the application of the Civil Registration Agency and grants citizenship to the applicant.

Article 13 of the General Administrative Code of Georgia ensures that administrative agency may review and solve a matter only if the interested party whose right or legal interest is restricted by the administrative decree has been enabled to present his opinion, except as provided by law.

Article 98 of the same Code ensures the right of the interested party to present his opinion. Right to access the materials of an administrative proceeding is also guaranteed by the same law. In this particular case, Bidzina Ivanishvili was not informed about launched administrative proceedings and relatively, the lawful decision about his citizenship is not known yet.

To conduct administrative proceeding through neglecting all norms is basis to annul the final administrative legal act. In parallel to it, the Law of Georgia on Citizenship envisages liability for public figures for their incompetent and illegal activities in regard with citizenship issues.

Simultaneously, Bidzina Ivanishvili informed the society about his decision and stated on October 7 that he intends to give up French and Russian citizenships and is ready to surrender his passports of foreign states according to corresponding procedures.

We think that the government of Georgia aims to prevent Bidzina Ivanishvili from establishing a political party and participate in the upcoming parliamentary elections in 2012. It is not coincidence that Georgian citizenships were stripped of Ivanishvili and his wife after the businessman announced his intention to set up a political party.

It is particularly important to note that Ekaterine Khvedelidze, the businessman's wife, had been citizen of France and Russia before the President of Georgia granted Georgian citizenship to her.

Thus, it was completely unclear and legally unjustified that Khvedelidze's citizenship was stripped of now. Unlike her husband, her citizenship was revoked two days later and it means the government continues to punish-intimidate male politicians by punishing their wives, sisters and mothers. It is extremely astonishing and categorically incredible fact.

According to the Law about Political Unions of Citizens, citizen of Georgia has constitutional right to establish and participate in the activities of a political party. Person without Georgian citizenship can neither establish a party nor fund it. More precisely, political party cannot receive financial and material donations from physical and legal entities of other countries and people without citizenship.

In addition, only Georgian citizen can be elected to be president or MP in Georgia.

The Constitution also clarifies that a state is entitled to restrict political activities of a foreign citizen and people without citizenship.

1. the president of Georgia and authoritative bodies to stop politically motivated persecution against Bidzina Ivanishvili and to allow him to participate in political life of Georgia;
2. International organizations and diplomatic corps accredited in Georgia to strictly control this particular case and to prevent the government of Georgia to violate universally guaranteed human rights.