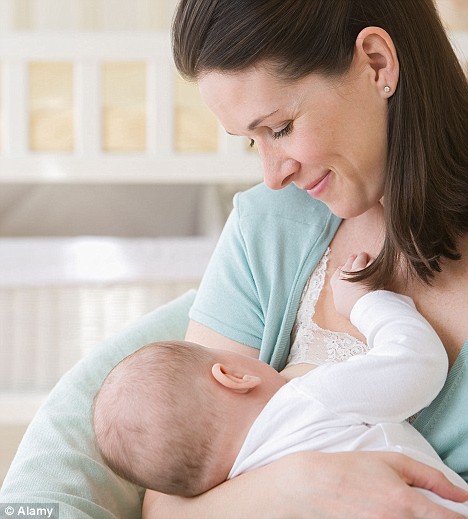 New mums should be advised that it is normal for their baby to cry more if they are breastfed, say experts.

The Medical Research Council team says this irritability is natural, and although formula-fed babies may appear more content and be easier to pacify, breast is still best.

If parents have more realistic expectations more may stick with breastfeeding, they hope.

Most UK mums try to breastfeed. Within months the rate drops to a third.

The Department of Health recommends that mothers exclusively breastfeed for the first six months after birth.

The most common reason given for women to stop breastfeeding is that "Breast milk alone didn't satisfy my baby", which the MRC scientists say reflects their perception of irritability as a negative signal.

But they say this crankiness in babies is normal and just their natural way of communicating their needs to their mother and is no cause for alarm.
For example, some cries will be down to tiredness not hunger.

And the reason formula babies are so serene could well be because they are overfed.

Lead investigator Dr Ken Ong said: "Bottle-fed babies may appear more content, but research suggests that these infants may be overnourished and gain weight too quickly.

"Our findings are essentially similar to other stages of life; people often find that eating is comforting."

In their study, they asked more than 300 mums to comment on the temperament of their own baby and to state whether they were using breast or bottle.

Breastfed babies were deemed to have "more challenging temperaments" and tended to cry more.

Rosie Dodds, of the National Childbirth Trust, said the new observations were useful for parents.

"Mothers and babies may experience starting to breastfeed as demanding or stressful in this society where bottle-feeding is seen as the norm and breastfeeding is unfamiliar to many new parents.

"It would be interesting to compare this with countries where almost all babies are breastfed.

"We often hear from mothers who say that once both they and their baby got the hang of it, breastfeeding was a breeze."